Home / News / Lifetime continues to grow, while in contrast bank and building society adviser numbers are in decline

While Lifetime continues to build upon an already excellent client base, Bank and Building Society adviser numbers have been dealt a fresh hit over the second half of 2013, according to new figures from the Financial Conduct Authority (FCA).

An update on adviser numbers from the regulator has shown that in the bank and building society sector, the number of advisers has fallen by 23% from August 2013 to date, from 4,604 to 3,556.

Numbers had already been in decline in the run-up to the retail distribution review (RDR), dropping from an estimated 6,655 in the summer of 2012 to 4,810 by the end of that year.

However, the total number of advisers, including discretionary investment managers and stockbrokers, has fallen by 4.5% over the same period, from 32,690 to 31,220.

FCA chief executive Martin Wheatley stated: “The falls we have seen are not in the IFA space. Generally the IFAs say that the RDR has been a benefit for them and they’ve seen revenue increases.”

He did point out that the FCA was exmaining concerns over an advice gap. He said the regulator wanted to discover whethere there is ‘an unmet demand resulting in lack of investment from people that otherwise need to save’.

But while the banks and building societies are struggling to meet public requirements, Lifetime are delivering ‘service, service, service’ to their clients. 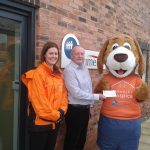 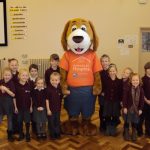