The 2016 Lifetime Charity Bake-Off proved to be the toughest competition yet, with a number of terrific entries.

Special judges, former Lifetimer Barbara ‘Mary Berry’ Collins, Beverley ‘Paul Hollywood’ Shapcott, who kindly took time out from maternity leave, and  and Lucie ‘Sue Perkins’ Haxby, had a very difficult time making their decision, but after what seemed to be an ‘extremely long time tasting the bakes(!)’, they came up with a top three, and a wooden spoon ‘winner’! 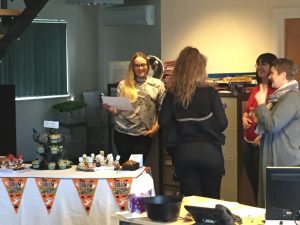 Mat was last year’s wooden spoon ‘winner’, but this time around he surged into second spot, with his ‘Bloody Creepy Crawly Cupcakes’, and he could not contain his delight alongside judges Barbara and Bev (see below). 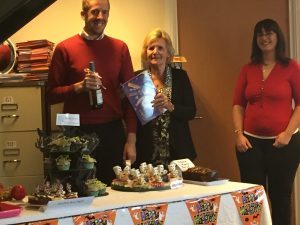 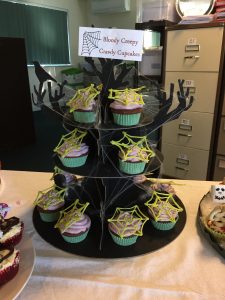 Then came the drum roll…….and the announcement that the 2016 Bake-Off winner was Joe, with his Farmer’s Pumpkin Patch! 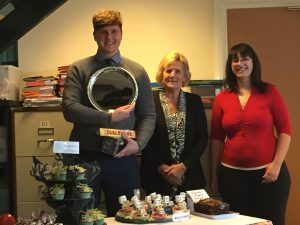 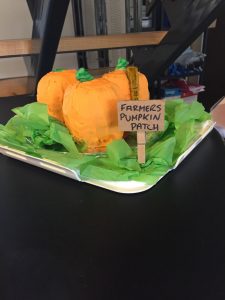 Sadly for Elaine (third last year), she had to accept the wooden spoon for 2016, for her Toffee Apple Terror Cheesecake! 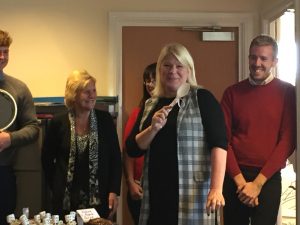 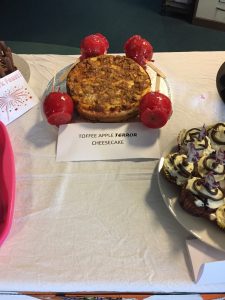 And yet that didn’t stop a good number of Lifetimers queuing up and opting for Elaine’s cheesecake for ‘elevenses’!

All the money raised from the Bake-Off and Monday’s pumpkin competition (£73.05) went to the charity of the winner’s choice, which in Joe’s case was the Alzheimer’s Society

Here are some more pictures (kindly taken by Bill ‘David Bailey’ Bottomley) from a great event: 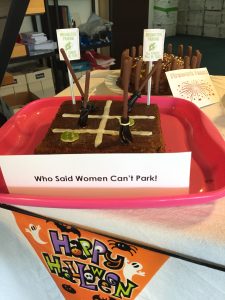 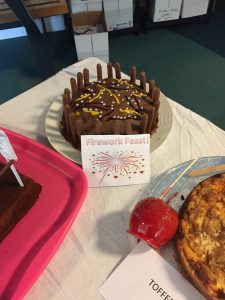 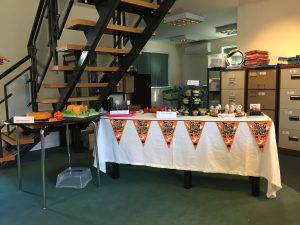 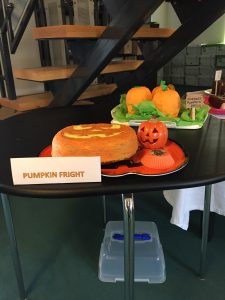