Around 200,000 HSBC customers who bought investments after being advised by sales staff in high street branches could be in line for compensation after a mystery shopping exercise by investigators from the Financial Conduct Authority (FCA).

HSBC says it is spending £93m to review the investment advice given to customers between August 2008 and October 2012, the Guardian reports.

However, the bank have stated that the final compensation figure is ‘unlikely to be high’ because stockmarkets rose across the period under review, so even customers who were poorly advised may not be out of pocket.

The regulatory action against HSBC is the second time it has been reprimanded for mis-selling investments.

In 2011, HSBC was hit with a then-record £10.5m fine for selling unsuitable products to almost 2,500 elderly customers.

The bank’s NHFA subsidiary also paid out £29.3m in compensation for the way it advised elderly customers, who had an average age of 83, to buy investment bonds that were used to help them pay for their long-term care.

In this latest review into potential mis-selling, the 200,000 or so customers who bought investment products after taking advice from the branch-based advisers over a four-year period will be written to in a compliance programme starting next year.

Customers will be asked if they were happy with the advice or if they would like the advice reviewed.

The 1,000 HSBC “tied” advisers who sold the limited range of investment products have now been made redundant or have retrained to become independent financial advisers focusing on HSBC’s wealther “premier” customers.

The review of advice at HSBC is the latest crackdown by the FCA on the quality of investment advice given by banks and building societies.

The FCA found that the sales process used in branches “put a significant number of customers at risk of buying unsuitable products.” 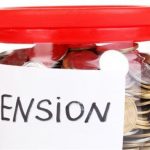