HM Revenue & Customs (HMRC) has removed a tax penalty to allow individuals to reinstate cash lump sums back into their pension pots without being charged.

The New Model Adviser reported that Aegon and other life companies were in talks with HMRC over allowing providers to put recently withdrawn tax-free cash lump sums back into pension pots, so that customers can decide how they want to use their whole pension fund under the new rules.

HMRC duly issued guidance stating it would not impose tax on individuals who have taken their lump sum in this situation.

This follows the Treasury’s announcement that it has extended its annuity purchase rule for individuals who take out their tax-free lump sums from six months to 18 months.

These changes follow on from the Budget announcements to dramatically increase flexibility of pensions at retirement.

The changes brought about the cutting the 55% tax charge for people accessing their entire pension at retirement from 2015.

Savers who take their pension as cash will get the first 25% tax free with the remaining 75% taxed at their marginal rate.

Jan and her IKIC team sell out of milkshakes at school fair! 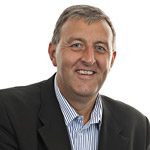