The government is to boost ISA, Junior ISA and child trust fund (CTF) annual subscription limits in line with the consumer price index.

However, in his Annual Statement on Thursday, the government’s Chancellor of the Exchequer George Osborne stopped short of announcing whether the government was planning to introduce a cap on the amount savers can hold in tax-free ISA accounts.

He also did not say whether he would allow children who hold CTFs to transfer their savings to new Junior ISAs.

Back in March, in his fourth Budget, Osborne had said that the government would consult on CTFs and the possibility of letting children switch from CTFs to Junior ISAs.

The move, if it became reality,would throw a lifeline to millions of children between the ages of two and 11, who are stuck in expensive funds or are being kept on low interest rates.

Junior ISAs replaced CTFs in late 2011 but savers were denied the opportunity to switch their funds to the new product. The Junior ISAs offer better rates and more flexibility to savers than CTFs, while giving access to a much larger range of funds.

According to government figures total Junior ISA funds now stand at £557m after the first full year for which they have been available. 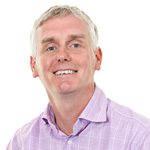 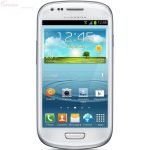