A think-tank is urging the Government to set up a pensions ‘early warning system’ – to help prevent savers from running out of money in their retirement.

In a report published this week, think-tank Social Market Foundation says that David Cameron’s Conservative Government should closely monitor pension balances, consumer behaviour and the take-up of guidance and advice.

The Foundation says that there could then be help and intervention for consumers deemed at risk of making poor decisions – and information to put to retirees so that they might think twice before making one-off decisions such as large withdrawals.

A financial health check midway through retirement is also something that the Government could create, says the think-tank.

The Foundation’s report has analysed the retirement experience of the United States and Australia – where very few retirees buy an annuity.

The Foundation say that vidence from the United States suggests that, on average, retirees draw on their pension savings relatively quickly, at a withdrawal rate of eight per cent per year.

Social Market Foundation director of research Nigel Keohane said: “Pension freedoms may be new to the UK but such approaches have been well tried and tested elsewhere.

“Our research into the experiences of Australia and the US provides evidence on the range of long-term risks facing retirees and the state, whether that is exhausting a pension pot early, low standards of living in later life or taxpayers picking up the bill for more means-tested benefits.

“We need to introduce an early warning system to monitor retirement decisions, understand the long-term implications and ensure consumers receive the right support.” 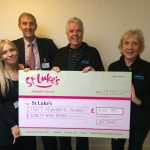 Life expectancy continues to improve according to Office for National Statistics