Fresh light to be thrown on ‘hidden’ pension charges

Fresh light to be thrown on ‘hidden’ pension charges

People who pay into company ‘defined contribution’ pension schemes will be given much more information about the cost of investing their money.

The government is amending its own Pensions Bill, so that pension providers will have to reveal more about the investment costs they incur on behalf of pension savers.

The pensions minister Steve Webb said he would ‘ensure consumers receive value for money from their pension savings’.

In a written statement, Mr Webb said the government will table an amendment to the Pensions Bill, which will place a duty on the Secretary of State for Work and Pensions to lay regulations requiring ‘greater transparency around the transaction costs incurred by work-based defined contribution (DC) schemes’.

“For the first time, we are shining a light into the murky corners of the pensions industry to make sure savers know what is happening to their money.

“A lack of transparency around the true costs of trading can prevent schemes from securing value for money for their members.”

Mr Webb added: “Requiring increased transparency is the latest step in the wider government programme to see fair charges for people who are auto-enrolled into workplace pensions.

“Accordingly, our response to the consultation on charges, and further proposals on quality and transparency in workplace pension schemes, will be published soon.” 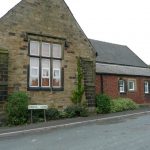