That is an  increase of over one million this year – or over 6,000 a day on average.

Colleges, care providers, hairdressers, hi-tech factories, a seaside hotel, a scrapyard and a designer were among the variety of employers who have staged this month.

Automatic Enrolment began in October 2012, requiring all businesses to enrol eligible staff into a workplace pension and start paying contributions, beginning with the largest employers first.

All employers are due to be included in the scheme by 2018.

The government’s action to introduce Automatic Enrolment into workplace pensions was in response to the problem of millions of people in Britain not saving enough for retirement.

“Many more people are saving for their retirement for the first time, or saving more as a result,” added Mr Webb.

“This latest milestone figure shows how saving in a workplace pension is now becoming the norm.”

And while people have the choice to opt out of workplace pension saving, the overwhelming majority are staying in. 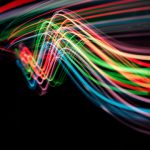