FCA says rush to cash in pension pots is fading

FCA says rush to cash in pension pots is fading

The urge to cash in pension savings a year on from the introduction of new rules has been fading, the Financial Conduct Authority (FCA) has said.

Since the new regulations came into force on 6th April last year, savers have been able to release the cash from their pension pot from the age of 55, subject to tax.

In the first three months following those new rules, 222,000 pension pots were accessed, to take some or all of the money.

The latest data from the FCA shows the quarterly total has fallen to 127,094.

The latest figures, relating to the final three months of 2015, also suggest a fall in the proportion of savers emptying their pension pot entirely by taking the cash. This stood at 52% of those making use of the reforms compared with 58% in the previous quarter.

Among all of those taking some tax-free cash from their pension, nearly a fifth (18.5%) topped up their income, with 17% reinvesting the money in other products, 12% using it for home improvements, and 12% putting the money towards buying property, either for themselves or to rent out. 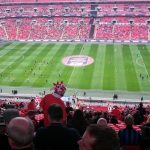 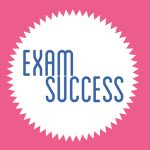