When Lifetimer Andrew (Social Media Manager) first tasked me with choosing my eight Desert Island Discs I thought it would be impossible; mainly because I’m passionate about music, I love going to gigs, reading about music and listen to it whenever I can, so choosing just eight songs was difficult.

I also feel music taste can be quite personal and everyone’s taste is different, which I suppose is what makes this particularly interesting. I love a lot of different music but there are certain genres that I love more than most, which has influenced my choices and this has meant the some of my favourite bands like The Stone Roses and Oasis have had to miss out. Ive tried to pick some songs that mean something a bit more than just because its one of your favourites…..

Disc One: Through The Wire – Kanye West

I am an obsessive Kanye West fan so my first choice had to be one of his songs. He definitely divides opinion and seems to have become a figure to ridicule recently because he is outspoken and loves his own ego, but nobody listens to music because someone is a nice bloke. If that was the case then I would probably have all of Olly Murs’ albums! All that matters in the end is the music and to me Kanye is a genius who has created some amazing music. This is not my favorite Kanye song but I have chosen it because of the impact it had on his career and on my music taste. In 2002 Kanye was a relatively unknown/relatively succesful music producer providing beats to other artists. He was putting together a debut solo album that not many people were that bothered about, and was driving home from the studio when he had a really bad car crash that nearly killed him. His accident inspired this song and it’s called Through The Wire because he made the song while his jaw was still wired together at the hospital! I find the lyrics about his accident interesting and funny in the way that he puts it across, in fact I love it. From this song he made the album College Dropout which is one of my favourite albums. It was also a real success and one of the reasons he has gone on to become as big as he is. Before this album came out I was a hip hop fan but this made me so much more into it and I discovered lots of other artists/albums/songs that I love.

Jay Z is also someone who I am a massive fan of. Ive seen him a few times in concert and he puts on an amazing show. He just seems to have an aura and charisma that not many artists can match. I could have gone for any number of Jay Z songs on this list but in the end I’ve gone for Heart of the City. I really love the beat which is made by Kanye West. The lyrics tell the story of the demise/break-up of successful entertainers and how people keep looking at Jay Z expecting him/wanting him to fail, and how he doesn’t feel like he gets love or credit. It has a lot of clever lines that make me laugh. The song is from his Blueprint album which is regarded as a classic and one that I still play all the time and never get bored of.

As an 80s child Michael Jackson and Prince were musical heroes of mine so one of them had to make the list and in the end Michael Jackson just won. He is just a legend and I don’t think anyone will ever come close to matching his level of success and fame. He could put out the best ballad, best soul song, and the best pop song. I’ve gone for Billie Jean because I think it is a timeless track and the second the drum beat kicks in you just know instantly what it is. I also can’t remember many nights out when Billie Jean hasn’t come on at some point, so it does bring back a lot of good memories.

If I’m on a desert island then I will need something to remind me of home (Sheffield) so I’ve gone for Arctic Monkeys who I love. This is a great track from the first album and shows what a brilliant songwriter Alex Turner is. About a year before their first album came out, most of it was knocking around in a demo format on CD and me and my mates used to listen to it loads, so it brings back good memories as there was definitely a buzz about them before they made it. It’s amazing to see what they have gone on to achieve and I think they have proved to be a really good international rock band, but I think I preferred them when they were more of an indie rock band from Sheffield who made songs about going out to the Leadmill.

I love a lot of 60’s/70’s soul and Motown records, so I wanted one track as part of my selection. There were so many great singers around at that time who I like listening to: Marvin Gaye, Sam Cooke, Percy Sledge, but I’ve chosen Curtis Mayfield’s Move On Up because I just think it’s a classic soul song. It has got a simple positive message with a brilliant backing track. The instrumentation with the horns and the way the strings and the bongos kick in just always puts me in a good mood.

‘Biggie’ is an icon in Hip Hop and a fantastic story teller. He died aged 25 which has probably enhanced his legacy, having only ever released two albums, but I just love his voice and how he puts words together. I still listen to his two albums a lot and the song I have chosen is called Juicy and is on his first album. It’s a rags to riches story which is a bit cliché now but he was one of the first to put it across like this in an inventive way. I love the beat to this song and it all just puts you in a good mind-set. It reminds me of discovering a lot of music in my late teens which has shaped what I’ve mainly been into ever since.

While I wouldn’t say that I am the biggest Joy Division fan, there are a couple of their songs that I’m into and Love Will Tear Us Apart is definitely one of my favourite songs. From listening to their other material it’s a bit of a departure from their normal sound which is a bit darker whereas although the content of Love Will Tear Us Apart is obviously depressing I do find it an uplifting song because of the melody and the track. Ive been to Old Trafford before and heard 60 thousand Man U fans sing ‘Giggs will tear you you apart’ to this tune and it makes the hairs on your neck stand up.

Disc Eight: Can I Kick It – A Tribe Called Quest

One of my favourite groups, who released three albums in the early 90s that are considered classics. This is the song that stands out and is probably their most recognisable song. I love how it samples Lou Reed’s Walk On The Wild Side and then the drum beat kicks in and it’s just a great song, I could listen to Q Tip (who is the head of the group) on anything. I have a big collection of 90s Hip Hop which is considered the golden era for that genre and produced a lot of amazing groups and artists so in the end I decided to go for ‘Can I Kick it’. 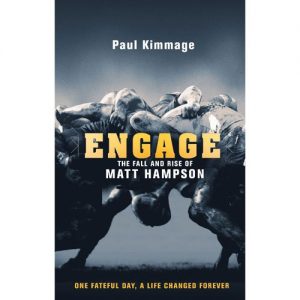 Matthew Hampson was a promising young rugby player who was on the verge of breaking into the England rugby team in the early 2000’s when he was involved in a very serious accident on the field whilst training, which left him paralysed. Engage is basically his autobiography and his life before and after. I love reading anything about sport and although I’m not the biggest rugby fan this book is just amazing and I would recommend it to anyone. I’d never heard of Matt Hampson before, but my mother-in-law had seen him do a motivational speech and thought I might like the book so she bought it me one Christmas and I think I read it in about three days. It’s a really tragic but inspiring story that gives you perspective on life and is the only book I’ve read that can make you laugh and want to cry in equal measure. 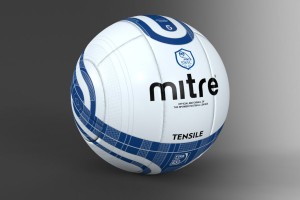 It just has to be a football, due to the fact I’ve always been attached to one since I was about seven years old! It would be the only thing that would keep me occupied – or sane – on a Desert Island!