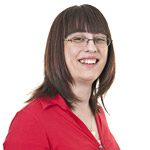 Then I thought, well I could just pick some of the songs from our first wedding dance mash up, because there were plenty of them… after all, we did dance to 12 tracks! (thank goodness it was only snippets and not the full tracks).

We started our mash up song to Amazed. Both Kieron and I really like this song and can both relate to the lyrics. We thought we would start our first dance off with this song, and then break out into a load of other songs, as people would not expect it from either of us!

Disc Two: You’re The One That I Want – Olivia Newton-John & John Travolta (Grease)

Love this song and love dancing to it (sorry Michelle!!). It’s definitely one to get up on the dance floor to, and Kieron and I certainly did that!

Tell me someone who didn’t like this song when it first came out?!! Another song that gets you up on the dance floor.

Being a child of the 1980s, I grew up listening to a lot of Michael Jackson songs, of which I still love listening to even now.  He was the King of Pop. I would have loved to have gone and seen him perform live. Instead I had to settle for watching Thriller at the Lyric Theatre in London, which was good, but not a patch on seeing the real Michael Jackson perform. My most favourite Michael Jackson songs are Billie Jean, Thriller and Beat It. I’ve chosen Beat It because I can remember singing along to this one a lot and I kept pressing the repeat button on my CD player a lot with this song. It also features on our first wedding dance mash up of course……

Ok, I can’t do it! Billie Jean just has to go on my Desert Island Disc! It is a song that is also on our wedding mash up first dance.  It also reminds me when I first started going out drinking with the girls.  Every time this song came on, we would be up on the dance floor.

Disc Seven: (I’ve Had) The Time Of My Life – Bill Medley and Jennifer Warnes (from the film Dirty Dancing)

I had to pick this song, as it’s the song that was playing when I first meet Kieron in the Walkabout pub in Barnsley. It also featured in our first wedding dance.

Ok enough of the wedding songs, my last Desert Island track has to be……….

Disc Eight – TIMERIDER (Theme from The Hitman And Her) – Cocoon

For those of you who are not football fans, this is the music that Barnsley FC used to march out to before the start of a game. This music reminds me when I first started going to Barnsley matches with my granddad, just before the ‘Super Reds’ got promoted to the Premiership.  We watched some great football in those days.

Can I just add……Andrew it’s not fair……eight songs is just not enough, I’ve only just got started!!

Choice of book: My wedding album

When I was asked to pick one book, I thought….’well I don’t read many books……’ I do most of my reading on the Internet. With that in mind, I thought what would be the point of picking one book, because once I’ve read it I would not want to keep reading it over and over again, I would get bored of it. The only book that I would take with me would be my wedding album, as this is a book that I would never get fed up of looking at. It would remind me of my husband Kieron and the special day we had sharing it with our family and friends. 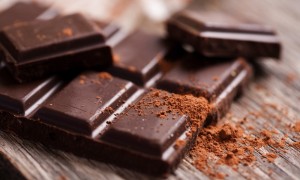 Unlimited supply of chocolate, because for those of you who know me I’m a bit of a fussy eater, so to be able to survive on the desert island, my luxury item would have to be chocolate as it’s sweet, nice and it would be better than the food available on the island, and I wouldn’t have to hunt for it myself! If it can’t be unlimited supply of chocolate, then it would have to be my tablet (with a solar charger) with games and films on, because I would get bored otherwise.  There is only so much exploring that you can do on an island…… 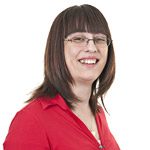 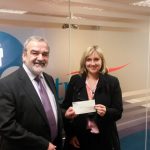