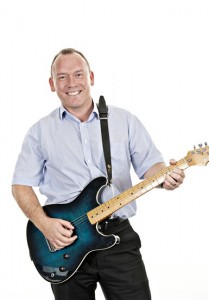 Here are my choices!

Disc One: Run To The Hills – Iron Maiden

When I heard this song for the first time back in 1982 I thought “wow” these are fantastic!  I wasn’t into heavy metal or rock music at the time until I heard this song and it blew me away.  I immediately bought the Number of the Beast album as soon as it was released and listened to nothing else for three months!

This is the last song on the Number of the Beast album. I could have picked any song from the album but this is just a classic.  Iron Maiden still play it live today at their gigs.

The last Maiden song I am selecting.  I love my history and this was written about the Charge Of The Light Brigade.  The lyrics and the riff are just brilliant.  It is also one of my favourite pints of beer(!) as in the last couple of years Iron Maiden released their own real ale called Trooper and it is very nice!

I could have selected any early AC/DC with Bon Scott singing as they are all superb.  This is great live and reminds me of early 1980s discos when you had all the new romantic rubbish and then they would play the token three rock songs and AC/DC were always one of them.

Now here’s a curve ball! I don’t mind the song but it is mainly important to me as this was the first song that my daughter, Maria, performed live.  She played the piano and sang when she was in her last year in junior school in front of the whole school, including parents, and blew everyone away.  So proud!

Disc Six: It Must Be Love – Madness

Love the song and this was on our wedding video from 1992.  I need say no more!

Disc Seven: The Devil in I – Slipknot (Note: We’d love to show you this video but it may be deemed a ‘little risque’ so Jeff’s words are below and are accompanied by a video for the Sound of Music!).

Now we are talking new metal.  As much as I like the old rock and metal this band is just brilliant.  Myself and Lambo (Lifetime Pension Specialist Steve Lambarth) had the pleasure of seeing Slipknot earlier in 2015 in Sheffield and they were one of the best bands I have ever seen live.  My ears stopped bleeding after only two days(!!); I love it when that happens!! It is through them that I started listening to other bands that I would not have listened to in the past.

My daughter Maria has been in the recording studio and done two of her own songs.  I love both of them and I believe they are better than the majority of rubbish you hear in the charts these days.  I am her biggest fan! 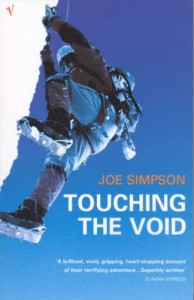 The book I would take is Touching the Void by Joe Simpson (written in 1988).  It is about his and a friend’s climb of Siula Grande in the Peruvian Andes in 1985.  The climb was successful but the descent was disastrous and Joe was left for dead thousands of feet up a mountain.  The guy’s story is incredible and I first heard about him when he did a motivational talk at a Legal & General conference that I attended back in the 1990s (I think Lambo was there as well).  They made a documentary film as well in 2003 which is also brilliant.  The guy is an inspiration to everyone he meets.

My luxury item would be a battery operated CD (with lots of batteries!!) so that I could play my eight songs!

Your Financial Plan: have you got one?