Energy bills will hit £4,266 for a typical household by January 2023 – piling even more pressure on the beleaguered UK public.

They say their higher estimate means that the average household are faced with paying a staggering £355 a month, instead of £164 a month currently.

Consumers already owe £1.3bn to the various energy suppliers, two months before bills are set to jump further, by more than 80%.

Martin Lewis, the well-known founder of Money Saving Expert, has said that the bills are “unaffordable for millions.”

Mr Lewis tweeted: “People’s livelihoods, mental wellbeing and in some cases very lives depend on this. The prediction, based on Ofgem’s new methodology, is an 81% price cap rise in October (taking typical bill to £3,582/yr) and a further 19% in January (so £4,266/yr).

“Action and planning is needed now. The January 2023 figure equates to 45% of the full new state pension, and a higher proportion of the old one. The rise alone on the January prediction, from when the help was first announced in May, is roughly £1,400 per year.

“That rise alone swallows up not just the £400 help for all homes, but even the £1,200 for the poorest. This will leave many destitute. Tax cuts won’t help the poorest, including many elderly and disabled who have higher energy usage.”

The energy regulator Ofgem warned wholesale prices were moving so fast that future forecasts were not reliable.

“We cannot stop others from making predictions, but we would ask that extreme caution is applied to any predictions for the price cap in January or beyond.”

Meanwhile, despite growing unrest among the UK population, the government has so far rejected calls for further assistance until a new prime minister is installed early in September. 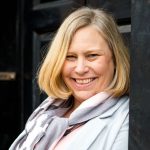 Wise words to ponder on the subject of financial wellbeing