Home / Community News / An eerie, humbling, gut-wrenching place we all should visit

Live updates as Big Apple is battered by huge blizzard

Those three sentences were part of a flurry of headlines that dominated many of the UK media’s online news outlets on Tuesday morning.

Further down the various bulletins came the news of Holocaust Memorial Day – and the 70th anniversary of the liberation of arguably the most infamous Nazi concentration camp of them all, Auschwitz-Birkenau in Poland.

One of the rare websites that did lead off with #70Auschwitz (as it’s been christened in this social media, twitter friendly world we live in) was The Independent.

Now what is happening right at this very moment may well take precedence in many people’s eyes; and to be fair the weather is always a ‘hot’ topic!

But while the news was full of New York and the north eastern states of America being on the receiving end of a virulent winter storm (which certainly did not prove to be as bad in the Big Apple as forecasted), it also snowed a hell of a lot in Auschwitz-Birkenau  from 1940 to 1945 – and what happened in that dreadful camp during the years of the Second World War will surely leave a far more indelible mark on the world than storm ‘Juno’.

Auschwitz-Birkenau was liberated by the Red Army of the Soviet Union on 27 January 1945. That liberation came too late for more than one million people, 90% of them Jews, who were killed – mostly gassed and murdered.

In 1947 the death camp opened as a museum, and today around 300 Auschwitz survivors have gathered to mark the 70th anniversary of their liberation.

It is expected to be the last major anniversary event that survivors are able to attend in considerable numbers. Time does not stand still. But the memories, the stories of what happened at Auschwitz – and all the other Nazi concentration camps, such as Bergen-Belsen, Buchenwald and Dachau – have to live on, in order to educate generations to come, no matter what their religious leanings, or if they have any religious leanings at all.

My wife Karen and I visited Auschwitz-Birkenau back in July 2008. It is an eerie, humbling, gut-wrenching, soul-searching, ghostly place we all should visit.

A number of couples had come together to celebrate the 40th birthday of one of my best friends, Rob, and we had opted for a few days break in Krakow (also known as Cracow) – Poland’s second largest city.The place dates back to the 7th century and has traditionally been one of the leading centres of Polish academic, cultural, and artistic life. 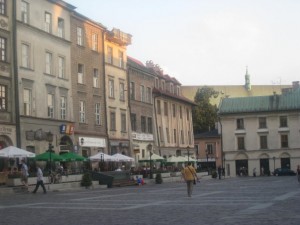 But back in 1940 Kraków became the capital of Germany’s ‘General Government’; the Jewish population of the city were forced into a walled zone known as the Krakow Ghetto; and from there they were eventually sent to nearby Auschwitz, to be exterminated.

In 2008 we had gone for a celebration – and we loved our time in Krakow. We stopped in a small, very hospitable hotel in the old Jewish quarter, and from there we explored the city.

Having watched Steven Spielberg’s magnificent, Oscar-winning film ‘Schindler’s List’, there were places we wanted to visit.

We visited the factory of Oskar Schindler (played in the film by Liam Neeson), where this effervescent, hedonistic businessman employed 1,100 Jews, and kept them from the gas chambers of Auschwitz.

We took in what was left of the Jewish Ghetto and paused at the memorial placed there in 2005. We also visited the former market square, where 33 steel and iron cast chairs are strategically placed, to remind the passers-by – most of them tourists like us – that anyone can be a victim.

The empty chairs denote ‘absence’. It is extremely effective, simple and sad, yet sits harmoniously with the Krakow of today – and certainly stirs the emotions. It is where the Germans sat to pronounce their judgement on the Jewish people, splitting men from women, husbands from wives, parents from children. But it was the day we took the trip to Auschwitz, and its neighbour Birkenau, that struck us the most. The contrast between the beautiful, sunny summer’s day and the cold shivers I kept on getting due to the horrific history I was seeing with my own eyes was all too marked.

Many of us have suffered tragedy – so there should be forgiveness and understanding when we say that the personal part of our lives will always have the bigger impact on us and our memories, than mass murder over 70 years ago, but it was simply impossible not to be moved by the huge stockpiles of suitcases, shoes, spectacles, teeth and hair situated in three cavernous rooms, when each element had its own tragic story.

The Auschwitz part of the camp – with its iconic gate – is where the soldiers quarters and the commandant’s private quarters remain – and the main part of the museum is housed. We then got back on the mini-bus and drove the couple of miles to Birkenau. It is here where the true horror unfolds. We visited the barracks, where the prisoners were ‘housed’. We took the broken steps down into the gas chambers. We looked up at the towers of the crematoria. We saw the flowers laid down by the survivors of that place.

I can only marvel at the strength of will and the courage of those who come back – to visit a place where, more often than not, their family, their parents, their own children, perished in such horrific circumstances.

As I’ve said, we had gone to Krakow to celebrate a 40th birthday. And we did celebrate. We had a good time. Because I was struck by the messages of hope that emanated from that place, written by the survivors. They spoke of the ‘joy of being alive’.

When I told others we were going to visit the concentration camp, some asked why a 40th birthday celebration group would want to go to such a place. Celebration and death don’t go hand in hand, that’s for sure.

But I wanted to. Being so close I had to go. And I was so glad I did. I’d read about the Holocaust and the death camps, but to see such a place with my own eyes. It was a viewing that was un-nerving, moving, riveting and totally, totally unmissable

My wife took most of the pictures I’ve attached to this blog. They too are important. For what you see now at Auschwitz-Birkenau is a remnant, a skeleton of a horror that was all too real 70 years ago.

Piotr Cywinski, director of the Auschwitz Museum, and his team of historians are committed to keeping the heartbreakingly chilling essence of Auschwitz very much as it was when it opened as a museum created by camp survivors in the communist Poland of the 1950s.

Fifteen years ago an average of 400,000 people visited the Auschwitz museum each year. Today the figure has more than trebled to 1.5 million.

And around 70 per cent of those visitors are aged 25 or younger. In recent years a record 200,000 have visited from Britain under the ‘Lessons from Auschwitz’ programme. More power to their elbow!

As the  BBC’s correspondent Fergal Keane said: “The human imagination still struggles to comprehend what went on here.”

Indeed it does. And that’s why we should never, ever let the memory slip away.

Next year Krakow will host the next  World Youth Day.

Hopefully many of those young people will take the time to travel the short distance to Auschwitz-Birkenau. I’m sure they will be moved by the experience, just like I was. 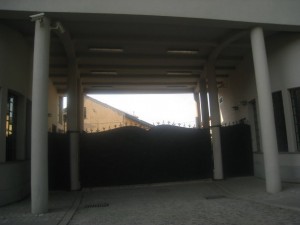 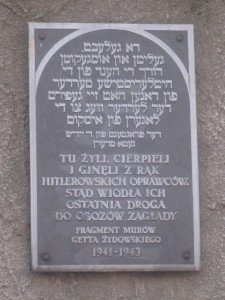 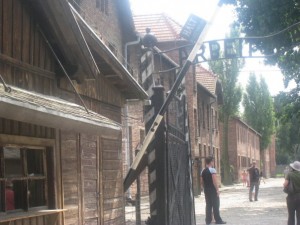 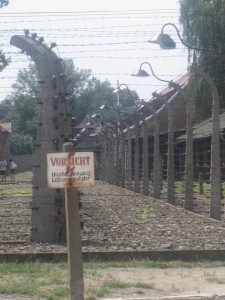 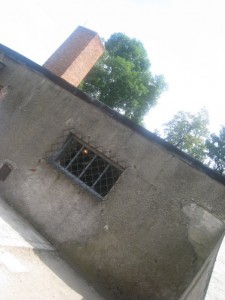 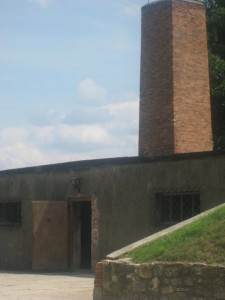 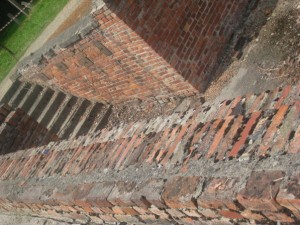 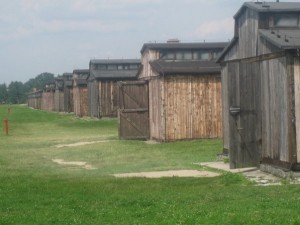 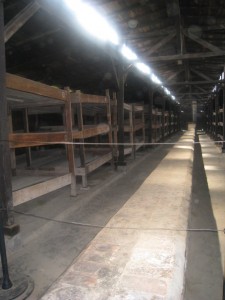 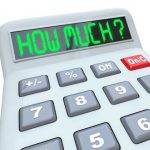