Do your finances fuddle your mind?

Home / News / Do your finances fuddle your mind?

Do your finances fuddle your mind?

here’s no question that dealing with mortgages, car payments and other bills takes up time and energy. But worrying about your finances may also zap our ability to think clearly, scientists report in the journal Science.

In a series of clever experiments involving farmers in India and shoppers in New Jersey, scientists found that people are worse at solving puzzles — similar to those on the IQ test — when they’re first reminded of money concerns.

“Financial constraints capture a lot of your attention,” says Eldar Shafir, a psychologist at Princeton University, who helped lead the study. “Then there’s less bandwidth left to solve problems. Your cognitive ability starts to slow down, just like a computer.”

And the effect is big. After a quick reminder about money issues, people’s performance on the puzzles drops down by at least a quarter — or approximately the same mental hit a person takes after staying up all night. 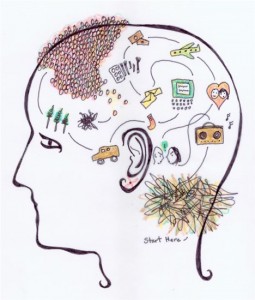 “The money question tickles that part of the brain that has to do with your own finances,” says Sendhil Mullainathan, an economist at Harvard University who also led the study. “Then you start thinking, ‘oh, how I am going to pay mortgage this month?’ ” And that interferes with your ability to think through a problem, he says.

So that is yet another important reason to come to Lifetime and get your finances in order. We can now not only provide you with peace of mind but also improve your quote ‘bandwidth to solve problems’!

Great feedback – for the oil that keeps the Lifetime engine purring!

Beware! For those people relying on inheritance money to fund their retirement, keep wary eye on care fees!