Parents now face an average bill of almost £230,000 to raise a child from birth to the age of 21, according to the Centre of Economic and Business Research.

The cost has risen by almost £2,000 over the last year, with the research suggesting that this is largely driven by a rise in the price of childcare.

The figures from the Centre of Economic and Business Research, compiled on behalf of insurer LV=, show that parents face an average bill of £67,500 per child for childcare and babysitting over a 21-year period.

That figure has risen a whopping 70% since 2013 when the first annual LV= Cost of Child report was published.

The research found that education was the other big cost – at a typical £74,319. That figure does not include private school fees but does include everyday costs like uniforms, school trips and lunch as well as university fees.

The study also examined other costs including food, pocket money, holidays and toys.

It was found that only the cost of clothing has dropped over the last 12 years.

Overall, says the study, parents now spend nearly a third of their gross annual income on raising a child.

The report also added that four in 10 parents have opted to make reductions to their routine spending over the past year, in order to make ends meet, while one in 10 parents said they were postponing having any more children because of financial concerns.

“Having children has never been more expensive and, with costs such as childcare and education continuing to rise, for many families across the UK this is set to remain a pressure point,” said Myles Rix, managing director of protection at LV=. 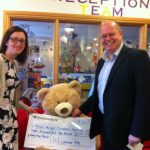 Forget Me Not Children’s hospice thrilled with Lifetime donation 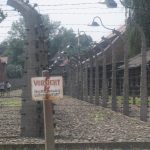