Christmas budget set to be spent as festive season draws ever nearer!

Christmas budget set to be spent as festive season draws ever nearer!

A family’s ‘Christmas budget’ -the money put aside for presents – is about to be spent, even before the last month of the year arrives.

That’s according to new research, which says that this Friday the nation will begin its Christmas shopping in earnest.

The research – which was the result of a study carried out by Ideal Home Show – says that four out of ten people will hit the high street after work on ‘Black Friday’ to snap up the first of their festive gifts and tuck them away.

Black Friday began in the United States and has spread to many other countries.

The day after Thanksgiving in America, Black Friday is seen by many as the start of the festive shopping season. Almost all stores come out with enticing sales offers, with early bird special to attract consumers to their stores. People often stand in line hours before stores are opened – even camping out overnight – to grab the bargain of the year.

However, the research also found that one in 20 people have been planning a lot longer than just a few weeks for Christmas. They have spent eight months organising their shopping spree, with lists galore and absolutely nothing left to chance! 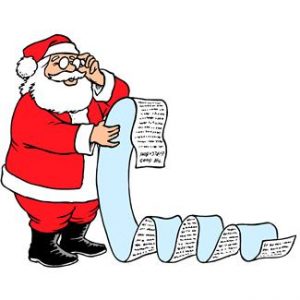 The poll of 2,000 adults also led to claims that northerners are more generous than  their southern counterparts when it comes to splashing the cash on gifts, with an average spend of £340 on gifts, in comparison to Londoners who splash out an average of £288. 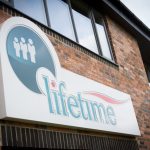