Home / News / Can changing your company name prove to be the right result?

Changing your company name can prove to be the right result – but can the same be said for football clubs?

Opting to change the name of your business is a difficult decision in anyone’s book, especially if you are already established.

But by good planning, an in-depth thought process and some creative, eye-catching and inspirational logos it can pay off.

That’s what happened to us. We opted to go from Lifetime Financial Management to simply be known as ‘Lifetime’.

The rebrand has worked superbly for us. And our new Lifetime logo (pictured below) looks terrific!

But can changing your name really work in the world of football, where the fans are, more often than not, very traditional?

When the old Wimbledon FC was ‘bought out’, taken 70 miles up the road, and rebranded Milton Keynes Dons, there was absolute uproar. There is still ill-feeling today between the ‘new’ Wimbledon and the MK Dons.

So the decision by Hull City’s Egyptian-born owner Assem Allam to change the club’s name is causing quite a stir.

Hull City AFC, who will play in the Premier League this season after gaining promotion from the Championship last term, are to be renamed Hull City Tigers.

The “Association Football Club” part of the Yorkshire club’s name, which has been in effect since their formation in 1904, will be scrapped says Mr Allam. 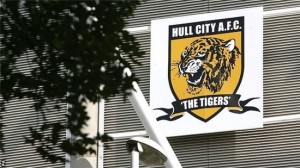 Any references to AFC on Hull’s club branding will be phased out, but will remain on the shirt crest during their first season back in the Premier League.

Allam wants to market the club as Hull City Tigers locally and Hull Tigers to national and international audiences.

He told the Hull Daily Mail: “In the commercial world, the shorter the name, the better. The more it can spread quickly.

“My dislike for the word ‘City’ is because it is common. I want the club to be special. It is about identity. ‘City’ is a lousy identity. And Hull City Association Football Club is so long.”

Allam, who moved to Hull in 1968 to study and has since set up a multi-million pound company in nearby Melton, took charge of the club in December 2010.

The decision to change the club name hasn’t gone down particularly well with the fanbase.

“As far as Hull City Tigers is concerned, the fans – the 25,000 people who will be there for the first home game against Norwich – they’ll say ‘I’m off down to watch City’.

But discussing the matter with other football fans in the Lifetime office, the general consensus was that clubs have been in existence for a long time and their names should not be tampered with.