Today’s young males dream of becoming dancers rather than policemen or firefighters, a new survey has suggested.

Apparently, modern boys are reacting to a ‘cultural shift’, caused by reality tv shows such as Britain’s got Talent, Strictly Come Dancing and Sky’s Got To Dance.

The survey, carried out jointly by Mothercare and Save the Children, found dancing was the third most popular career choice of boys aged between two and 12. That placed it just behind a doctor in first place and footballers in second.

Remarkably, more boys – eight per cent – said they wanted to be dancers than girls – who came in at five per cent.

And in another very interesting twist, the survey revealed that some seven per cent of girls would rather be a footballer than pursue a more traditional female career such as a nursing.

The research by Mothercare and Save the Children shows the impression left on the kids of today by the success of dance troupes such as Diversity, which shot to fame by winning Britain’s Got Talent. That in turn led to Diversity leader, choreographer Ashley Banjo, launching his own series on Sky.

Street dance schools are currently all the rage. 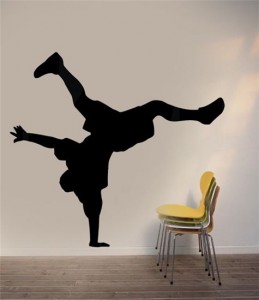 A Mothercare spokeswoman said: “Due to the popularity of dance shows like ‘Got to Dance’ and ‘Strictly Come Dancing’ today’s children are twice as likely to want to be a dancer than their parents. Boys do seem to be dreaming of becoming the next Billy Elliot.”

However, doctor remains the dream profession of both girls and boys. For girls, teacher is second best, wth seven per cent wanting to be a footballer.

Teachers topped the list of what parents wanted to be when they were younger (nine per cent), followed by nurse, doctor, lawyer, and police officer.

Lifetime’s Communications Director actually became a teacher – but wanted to be ‘Paul McCartney’ as he was growing up!

But for the ‘new generation’ of boys the chance to ‘dance the night away’ is gaining a real appeal.

In the words of Bob Dylan, ‘the times they are-a-changing!’