After making the biggest hike to interest rates in 27 years, the Bank of England (BOE) has warned the UK is heading for a recession.

It is now being forecast that the UK economy will shrink in the last three months of 2022 – and keep on shrinking until the end of 2023.

The tipped recession is set to be the longest downturn since the financial crash of 2008, when the UK’s banking system was teetering on collapse.

However, the BOE says this new slump is not expected to be as deep as 14 years ago, but could last just as long.

The Bank’s Governor, Andrew Bailey, said that action had to be taken to tackle the threat of rising inflation. He admitted that the cost of living squeeze was proving difficult for UK citizens but if the Bank didn’t raise interest rates then the overall situation would get “even worse”.

Soaring energy bills are already putting millions of people under severe financial pressure, even hardship, and the BOE has warned that a typical UK household will be charged almost £300 per month for their energy by October this year.

And as well as potentially crippling energy bills, the UK population have been hammered by higher fuel and food prices.

Meanwhile, homeowners on a typical tracker mortgage or a standard variable mortgage will see an increase in repayments.

The people who are fortunate enough to be able to put money away to save may well benefit from the rise in interest rates, as it could well prompt institutions to increase the interest rate given on savings accounts. 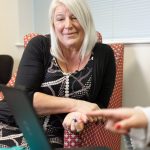