Milly is a best-selling author based in Barnsley

“I’m a 5ft, born and bred half-Glaswegian Barnsley bird – living not far off Horizon College – who writes books and has been a professional in the world of greetings cards for quite a few years now.

“Right from being knee-high to an gnat (though I’m only thigh high now!) I loved to write, but never thought it would any more than a hobby until discovering the enjoyment of comedy script-writing whilst studying drama and education at Exeter University.

“In between working in various jobs – ie: teaching, trainee accountancy, barmaid, receptionist, sales, working for various psychopaths in offices, I spent my spare time writing poems and jokes for pin-money and working on a large, glossy novel about places I had never been to and things I had never done. It was doomed to failure.

“Nevertheless the rejection letters (although not all!) were full of too much encouragement to totally abandon the idea that the published novel was never going to happen for me. I remember thinking maybe if they had just told me to stop chasing rainbows and get a proper job, life would have been so much simpler. I continued to write, send work off, get it rejected, put it away in a cupboard, get on with life, get the work out of the cupboard, send it off… and so on went the cycle.

“When I was pregnant with my first child in 1997, I lost my job and the only way forward seemed to be to rev up my old hobby of earning pin money by becoming a full-time writer of greetings card copy working from home under the company name of ‘Black Sheep’.

“Then in 2004, when I was 30…er…40, the career clock began to nag that I had never managed to get that published book under my belt. When my marriage was ending a couple of years before, I was feeling very much in need of a spiritual lift. Clearing out my house (after my dad volunteered to fork out for a skip for me) in order to shift all the rubbish the previous owner had left, did exactly that. I filed away a possible storyline about a woman who takes clutter-clearing to the ultimate degree. Even though, back then, I hadn’t seen what was staring me in the face… the inspiration all around me – love, friendships and relationships in my home town.

“Not long after my 40th birthday, I put the children to bed and began to write a very different story to the unsuccessful blockbuster – my clutter-clearing story. I sent it off to an agent and they rang me the next day and asked for some more chapters.

“When I sent in the final chapters – I also enclosed the first 3 chapters of the book I’d been working on when I was pregnant – one that had been inspired by my own experiences joining the ‘pudding club’ at the same time as my friends in our mid-thirties.

“The agency liked book 1, but they though that book 2 was THE one to launch me and so I went through the horrible and exciting process again of sending blocks of chapters in. Getting the call that my agent had finished reading it and liked it and was going to take it on (after a major edit) was news that had me skipping about the room like a teenager.

“Then came THAT call – at 5 o’clock on a Friday night. Simon and Schuster had bought me on a two book deal agreement.

“The manuscript was submitted to overseas publishers to coincide with the 2006 London Book Fair. Dutch rights were purchased and German and Italian rights were subsequently snapped up in heated auctions. And it won me the Chicklit Most Promising Newcomer Award and the Reading Libraries Book of the Year Award.

“And the books have continued to pour out of me!” 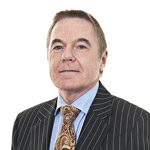 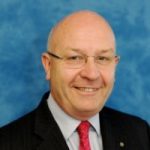