“I was born in a small mining village in West Cumbria, not far from Whitehaven, in the early 1960’s, and have lived in the West Midlands, Chester, Liverpool, Cumbria, Hull and East Riding.

“Originally I went to university to do Business Studies, and on completion worked for British Nuclear Fuels.  I decided that this was not really a career I wanted to pursue so started doing voluntary work with young people and then worked locally with people with mental health and learning disabilities.

“For a period I worked for the local Council as a care assistant, supporting people with mental health and/or learning disabilities in the community.

“I then went to work for a voluntary sector agency in Hull where I set up and managed a series of supported accommodation facilities helping people to move out of long-term psychiatric care institutions.

“A few years later I went back to university to train to be a social worker and worked initially in child protection, then in mental health as an Approved Social Work/Assessor under the Mental Health Act, before going on to manage mental health services and a variety of management roles.

“I became Director in Barnsley in 2007 and am currently responsible for the assessment and support of vulnerable adults who need social care services, including safeguarding and those at risk, and also a range of community support services across a broad spectrum of provision from libraries to assisted technology supporting people to retain their independence and live at home.

“In my personal life I am very much a committed family person, married with twin sons, now aged 19, one is working abroad and the other at university.  My personal interests and pastimes are music (historically I attended many music festivals) and physical activity, eg. a couple of years ago I organised a trip to Kilimanjaro with 27 others from Barnsley and raised £50,000 for Barnsley Hospice, and have subsequently completed a few marathons, plus 100km walks.

“Most years I have some sort of physical challenge type event – this autumn I am planning to do the Coast to Coast from St. Bees to Robin Hood’s Bay.  When I can find the time I like to go out jogging with my dog but most weekends it probably ends up being a walk down the beach!

“It can be quite difficult to know what is available in terms of future career and jobs, and also therefore what you ideally want to do.  Certainly I was into my mid-20s before I decided what I really wanted to do and consequently, at school did not really have anything driving me forward.

“Something else which I think has been quite useful from my own success is to realise that despite having some qualifications I started my career as effectively a care assistant.

“I am passionate about what I do and am really interested in how I can help people and support their well-being, but mainly in assisting them to maintain their independence, choice and control and utilise their own abilities to maintain their day-to-day living.” 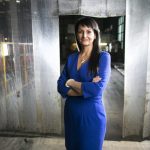 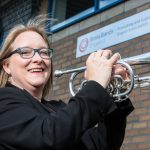