Louise is a master of her craft having initially trained at The Arden School of Theatre, Manchester and later at the world renowned Actor’s Studio in New York – a far cry from the council estate at Parson Cross, Sheffield where her acting dreams began.

Louise, who now lives in Ecclesfield, has gone from an underprivileged upbringing, experiencing severe financial hardship, homelessness and family tragedies (suicide) as well as personally overcoming severe anxiety to making her own acting dreams come true.

She has worked with Hollywood actor Stephen Graham and travelled the world with Shakespeare! She has experienced life on both sides of the coin and everything in between.

Louise realised that the only professional method acting training available was in London or New York so she founded StandBy in 2010 on a mere £108, to give local actors an opportunity to shine.

In that time Louise has created an acting studio to be reckoned with! She has nurtured world class actors who have appeared on Sky One, BBC Three, E4, Discovery Channel and appeared in films supported by Kevin Spacey.

Louise is also in high demand delivering seminars at the biggest acting conventions in the country.

She would be happy to talk to students about: 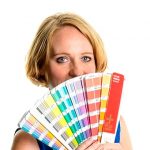 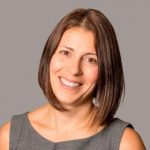