The brothers’ Big Sky Records business model is built on a need for professional music services that can support and develop musicians through and beyond a basic recording product.

The Big Sky producers work with you to advance your musical ideas and aspirations into commercial products.

In 2010 Josh and Jake’s band, Hitomi, spent a month in Philadelphia USA, working with an American production company on their second album, ‘Unravel Me.’

The experience taught them the value of pre-production, professional studio work ethic and the wider services that can be offered along with recording.

Songs from that album and others written by Hitomi since then, have enjoyed success with thousands of digital downloads, CD sales, radio play and prime-time TV syncs.

In 2010 Hitomi were named one of the top three unsigned bands in the UK by Kerrang! magazines ‘Warriors of Rock’ competition.

In 2011 the group won the Media Exposure Award on stage at the O2, London in the national ‘Live & Unsigned’ final, after competing against 10,000 other entrants.

Following their experiences within the music industry, Josh and Jake decided to start their own recording business, offering a comprehensive collection of services surrounding music production including recording, publishing and distribution.

They have worked with clients from across the country and are constantly developing and expanding their list of capabilities.

Clients value the care and attention paid to their needs and appreciate that the work carried out is built upon years of experience as musicians in bands.

Big Sky Records was established with one main overriding value: ‘Recording for musicians, by musicians’.

Says Josh: “At the launch night of the BBIS Jake and I spoke to a couple of teachers at Horizon about coming in to speak to the students. We would be more than happy to deliver presentations in either classrooms or in the theatre.

“Depending on what sort of presentation or discussion you would like us to do we may need access to a speaker system and a screen/projector. After seeing the facilities that are available at Horizon I am sure this isn’t going to be a problem!”

Added Jake: “The whole BBIS project is just such a fantastic idea and a great opportunity for everyone involved. We are so grateful for being invited to be part of it as speakers. Lifetime deserve immense credit for doing something like this – and Horizon is such a fantastic school to host it.”

• Josh graduated from the Brighton Institute of Modern Music in 2010 with a 2:1 in professional musicianship, as well as having a BTEC national diploma in popular music, an NCFE in music technology and grade 8 in guitar.

• Jake graduated Huddersfield University this year in 2013, also with a 2:1, and completed both the diploma and professional diploma courses at the Brighton Institute of Modern Music, when he moved there to study at the age of 16 after leaving Kingstone School. Jake also holds the same NCFE in music technology and has his grade 8 certificate in drums and currently teaches drum grades to students in private lessons. 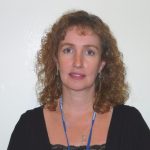 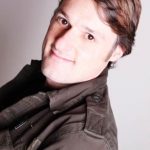