“It all started in 1970. I’d managed to survive the sixties by swinging along with everybody else I knew! It was a time of unparalleled opportunity – when the younger generation threw off some of the shackles of convention – and did things a different way from their parents.

The grey men of the professions had none of it though. Their route to the top was to work towards a partnership with lots of other grey men. The prospect of running a business full of accountants didn’t really appeal.

“I sort of knew that even one accountant at the head of any business seemed to impart a lack energy and imagination to the extent that yawning seemed to be the most energetic activity.

“So I decided to go it alone and do it my way. I moved from London back to Barnsley (the worst town in England according to Guinness Publishing). It is the town of my birth and upbringing, I knew a lot of ambitious young people here and all I needed was a pen, some paper and the £100 from a tax refund I manipulated for desks and telephones.

“Now you’ve really got to shine in order to be visible through all that pollution chucked out by the pits and industries from whence I came. Michael Parkinson, who went to the same school as I did, famously observed that Barnsley Grammar School was to Education what Myxomatosis was to Rabbits. By God though we were good at football in Barnsley then! We were also good at cricket, rugby, boxing, acting and film making, writing, art, fashion and starting up in business.

“When it came to competing using our own skills and determination instead of simply regurgitating what others taught us it wasn’t at all that worst town which our elders were supposed to have created. In fact this fledgling accounting practice was lucky to be acting for and learning from some of the most successful business people in the area, if not the country.

“That two-way relationship continues today within gbac and its clients. I’m proud to still be part of it.” 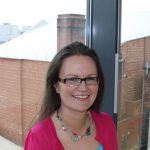 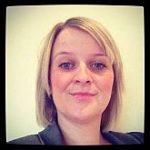