Barnsley-born David and colleague John were two of five young teachers who, in 1967, made a pact to travel to Everest Base Camp when they finished their initial teacher training in 1964.

Their adventures were recorded in diaries, following inspiration from their earlier readings of Scott of the Antarctic, and those words eventually turned into the book ‘Everest The Old Way’.

The book includes the real life accounts of the 1967 trek – how different and more difficult were the travelling conditions then compared to today. With the use of some clever digital technology the reader is able to compare some of the landscapes in of 1967 with the same views as they were in 2010. Particularly enthralling is Dave’s account of reaching Base Camp.

At the age of 11, he had been admitted to Pinderfield’s hospital in Wakefield with TB in the hip.

He spent three years in plaster from the waist downwards, and one leg became shorter than the other.

With remarkable determination David faced his physical disability, became a qualified teacher and made it to Base Camp on Mount Everest. His reflections on this achievement are very moving. 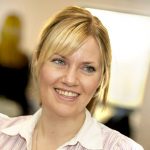 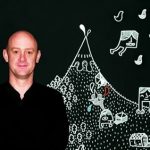