Ben took over the role as chief executive of Barnsley FC in 2013. He had previously been a sports lawyer, and director of Los Angeles-based sports marketing and management firm Wasserman Media Group.

He left the Oakwell Club for Elland Road in June 2016.

Ben has over 10 years experience in professional sport, mainly as an agent with WMG and practicing as a sports solicitor at Walker Morris in Leeds.

While with Wasserman Media, Ben negotiated employment contracts in the UK and abroad for players and has handled regulatory issues with the football authorities.

He has negotiated commercial licensing and sponsorship agreements as well as handling image and intellectual property rights for clients.

He advised Fabien Delph on his transfer from Leeds United to Aston Villa for £8m and advised the administrators of Crystal Palace on the sale of Victor Moses to Wigan for £2m.

As a lawyer at Walker Morris, Leeds, he specialised in sports related matters acting for players, athletes, coaches, managers, clubs and agents. 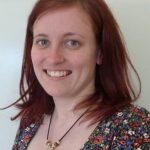 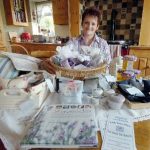