Amanda joined Oxford Innovation in 2012 as Regional Director for the North, specifically covering Barnsley Digital Media Centre, based in the town centre.

“For me, the biggest challenge to innovation in Barnsley and the DMC in fact, is aspiration. I guess for any talk I do, I’d like to focus on the fact that anyone can really do anything from anywhere nowadays.

“I once organised a huge space event which brought Virgin Galactic; astronauts from ESA, NASA and the old USSR; the retired Head of Russian Mission Control; the first UK commercial low-payload rocket; a bunch of rocket scientists; and remote control of the Mars Rover (which at the time was at the Space Centre in Leicester, not actually on Mars) to a business centre in Bradford to highlight the fact that you really could live somewhere even as challenged as Bradford but still work in the space industry!

“We even had executives from ESA explaining to technology companies how they could secure ESA contracts.

“The world is a really really small place these days. I have friends who run multinational technology companies from “lifestyle blocks” (essentially farms/small holdings) in New Zealand with advertising industry partners and clients in New York that include Pixar and Disney.

“I’ve worked on “secret” innovation projects with Boeing Phantom Works in Brisbane where you literally walk into a lab that looks like a scene from “Men in Black” and expect some of the scientists to be aliens.

“I’m from Birmingham. I’m not posh and I didn’t go to University until after I’d had my first child but I’ve met Larry Ellison, James Cameron, have worked on a project with Weta Workshops (SGI devs for Lord of the Rings and Avatar), I’ve missed out on meeting Richard Branson twice but handled his itinerary for Rugby World Cup 2011 (RWC2011). I met all of the teams, including England in RWC2011 though didn’t know anything about them or rugby….

“The world is FULL of opportunity. Kids can sell products to digital giants for millions of pounds, you can travel to the end of the earth and back working on interesting and exciting things all the way, have stacks of stories to tell and more importantly, fulfill all of your dreams…..as long as you had the dreams in the first place and retain the ability to dream.

“As a kid I only wanted to do the following:

“I’ve done all of the above and my dreams keep getting bigger and more audacious. If you don’t dream, how can they possibly come true?” 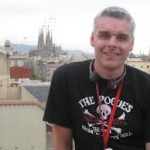 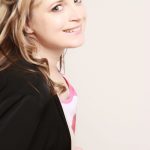