One of Lifetime’s ‘BBIS’ speakers, author Jonathan Lee, has admitted that his new novel, A Tiny Feeling Of Fear, came about due to his experiences of living with his brother Simon, who sadly committed suicide in 2004.

Jonathan (pictured below) is a popular part of the ‘Barnsley Businesses Inspiring Students’ project put together by Lifetime (https://www.lifetime-fm.com/bbis/) 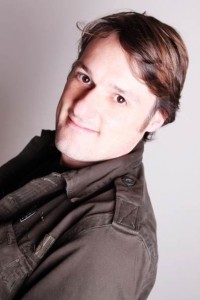 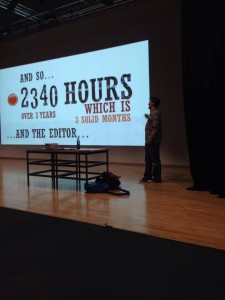 Jonathan, who has inspired students at Horizon Community College with his terrific talk,  is head of the tax and trust department of a Leeds-based wealth management company.

He is also a highly-rated author, and his latest novel, which follows on from his two other published books, The Radio and The Page, reflects on the anguish and problems that can be caused by mental health.

When Jonathan was 17, his brother Simon, the elder by two years, tried to kill himself for the first time.

Simon jumped from the top of a multi-storey car park in Barnsley town centre. He broke every bone below his waist – and many in his face. Yet he survived. He spent six months recovering in hospital.

In a honest, forthright interview with The Sheffield Star, Jonathan says: “There was no family discussion afterwards; no real acknowledgement of what had happened. It was referred to just as ‘the accident’ and my parents, my sister and I all tried to deal with it in our own way.”

But 13 years later, in 2004, Simon tried again – and sadly on this occasion he succeeded. Jonathan returned back to his home in Barnsley, from a weekend away, to find Simon had let himself in and hanged himself .

Jonathan was 30 at the time, with his girlfriend six months pregnant with twins.

He told The Star: “Simon was two years older than me and we were very close. It’s likely that he was bipolar but he never sought medical attention; even ten years ago mental illness still carried a lot of stigma.

“Obviously it was a difficult time, but two months after he died, my girlfriend gave birth to our baby twins – there was no time to really deal with it, I was up to my elbows in changing nappies and sleepless nights.

“It was while I was away on holiday that he let himself into my house and took his life. At first, I was so angry with him, for doing that to me, for leaving me to find his body. But over the years the anger has gone and now I’m comforted to know that it was me he chose to come to, even at the end.”

Fortunately, he admits, his outlet was a creative one; his writing. And his experiences of living with his brother’s mental health illness led to his third novel, A Tiny Feeling Of Fear, which is released on Amazon UK this week.

The book tells the story of Andrew Walker, a successful businessman who appears to be a happy, well-adjusted man, with the respect and admiration of his colleagues.

But behind that facade, his private life is a mess.

Jonathan told The Star: “I think too many people live that way, always putting on a brave face, working side by side with people for years without letting them see the real you. So, in a last ditch effort to save his own life, Andrew Walker turns away from social convention and decides to be totally open and honest with all around him.”

The novel is written entirely in the first-person – and Jonathan readily admits that there is something of himself in the Andrew Walker character.

“I’ve suffered with bouts of anxiety and depression myself, “he says. “But I’m lucky to have my fiancee Nikki who I’ve always been able to talk very openly with about how I’m feeling.

“More importantly, Andrew Walker represents many people because life brings very difficult experiences and, as a society, we never openly acknowledge the suffering.

“Talking about our feelings is the only real way to deal with them, but people do not like to admit when they’re feeling depressed or wretched or anxious, and keeping things bottled up is what can lead to people getting driven to a situation, like my brother.”

“He had good times, when people couldn’t see the internal battle within him – he had friends, a job, he got married. But those who knew him best were always on red alert, because his ups were always followed by downs and he outright refused professional help.

“I think the book addresses a lot of issues for me, as well as helping my children – who never got to meet their uncle – to understand what happened. Children have a questioning nature. Annabelle and James are 11 now and, of course, full of questions. We’ve had frank conversations and discussions about it; I’m taking a leaf out of Andrew Walker’s book and want to teach them the importance of talking openly.”

Jonathan has linked up with the Doncaster branch of the charity Mind, sharing his experiences.

He stresses: “Mental health should not be taboo. It is a part of everyday life and society would be healthier if we were more open and supportive of it. Sometimes people just need to talk.”

A Tiny Feeling of Fear is now available on Amazon, at: http://www.amazon.co.uk/Tiny-Feeling-Fear-Jonathan-Lee-x/dp/0993298788 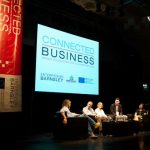