A Barnsley MP has backed the Charter to stop the ‘payday loan rip-off’.

Michael Dugher, the Labour Member of Parliament for Barnsley East, is among 70 MPs and Peers who have already backed the Charter – and now members of the public are being invited to add their support.

The Charter calls for tougher regulation of payday lenders and is supported by some of Britain’s biggest debt, consumer and anti-poverty organisations – including Which?, Citizens Advice, StepChange Debt Charity, Church Action on Poverty, and the Centre for Responsible Credit.

Mr Dugher (pictured) is urging the Financial Conduct Authority to back the Charter and introduce tougher regulation of payday lenders to stop millions of people being ripped-off.

The MP has also called for the introduction of a cap on the cost of credit to tackle the overall cost and duration of these high-cost loans where they cause consumer detriment.

Other measures also include a change to planning laws and further support of credit unions.

Said Mr Dugher: “I’ve signed the Charter because payday lenders are ripping off people in Barnsley, tipping people into a spiral of debt.

“The Government are failing to tackle this problem. They should introduce a cap on the cost of credit, change planning laws to give local councils new powers and encourage support for credit unions.” 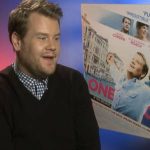