Barnsley Football Club’s chief executive Ben Mansford is used to pressure, having been a high profile sports lawyer and football agent, not to mention currently running a football club that, before Saturday at least, finds itself bottom of the league!

So he had absolutely no problem in taking on the challenge of being our very first speaker in Lifetime’s ‘Barnsley Businesses Inspiring Students’ project.

And the 33-year-old delivered a brilliant presentation at Horizon College on Thursday afternoon (pictured above), to around 200 Y7/Y8 Horizon students who attend an after-school master class.

As the BBIS name suggests, the idea is to ‘inspire’. And hopefully those students who found themselves in Ben’s presence will have been inspired by ‘his story’.

He kicked things off with a game – which led to one very lucky student winning a Barnsley FC football signed by all the players.

Ben, who took over the role as chief executive of the Oakwell Club earlier this year, having previously been a sports lawyer and director of Los Angeles-based sports marketing and management firm Wasserman Media Group, then went on to tell the students of his life, before finishing things off with a ‘question and answer’ session. He received a fair few questions on why the Reds were currently struggling in the Championship!

He said: “It was a pleasure to be able to come in and chat to the students. The BBIS venture is a great idea and I’m delighted to play a part.” 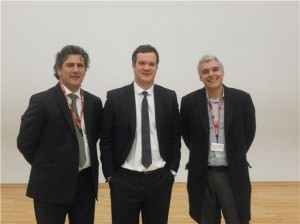 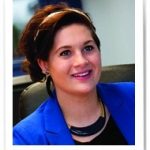