Barnsley Football Club’s chief executive Ben Mansford has a lot on his plate at the moment – trying to find a new first team manager following the departure of David Flitcroft – but that is not stopping him from speaking to students at Horizon College next week.

The 33-year-old (pictured) is one of the committed speakers in the Barnsley Businesses Inspiring Students venture – which has been put together by Lifetime and being trialled at the Dodworth-based school.

He is also the first to deliver ‘his story’!

Ben will speak to around 200 Y7/Y8 Horizon students, who attend an after-school master class, on Thursday, December 12 at 3.15pm in Horizon theatre.

The Oakwell Club’s chief executive, who took that role earlier this year, currently has his hands full in trying to find a new manager for the Reds, who languish in the relegation spots in the SkyBet Championship.

Ben had previously been a sports lawyer, and director of Los Angeles-based sports marketing and management firm Wasserman Media Group.

And the first of our BBIS speakers will be quickly followed by the second! Just one day after Ben Mansford kicks things off, the BBC’s 2012 Young Apprentice winner Ashleigh-Porter Exley will also go into Horizon. She has been booked in to speak to the Year 10 assembly on Friday, December 13 from 8am. Ashleigh currently works for Reeds Rains Estate and Letting Agents. 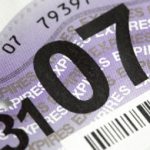