UK pension savings levels are at a five-year high, thanks to the arrival of Auto Enrolment and an improving economic environment.

That’s according to the Scottish Widows Retirement Report.

The report, which is based on the responses of 5,000 individuals, found that 53% of savers surveyed had adequate retirement provision, a figure up from 45% last year.

This more upbeat report is in stark contrast to the same time last year. That 2013 report stated that savings  had dropped to an all-time low, with one in five people failing to put anything away for their pension.

This latest Retirement Report from Scottish Widows also found that the amount people are saving monthly for their retirement is now £130 on average, up from £76 since 2006.

However, the report also revealed that one in three people said they had no idea of the extent to which their pensions, savings and investments would meet their retirement income needs.

Ian Naismith, the pensions expert at Scottish Widows, said the improved picture was largely down the economy and the rolling out of Auto Enrolment.

He said: “It is heartening to see that finally people are starting to sit up and take notice of the importance of planning for the future, whether this be through proactively upping their contributions due to a more favourable economic climate, or starting to make plans for their retirement for the first time thanks to Auto Enrolment.”

Tom McPhail, the head of pensions research at Hargreaves Lansdown, said the report showed Auto Enrolment was working, but that contribution rates still needed to be higher.

He commented: “With Auto Enrolment looking like a success, we now need to promote the benefits of retirement saving to those still excluded and to encourage higher savings rates from those who are now planning ahead for retirement.” 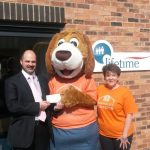