Author Milly brilliantly flies the flag for her hometown – and the BBIS!

Home / Community News / Author Milly brilliantly flies the flag for her hometown – and the BBIS!

Author Milly brilliantly flies the flag for her hometown – and the BBIS!

Best-selling local author Milly Johnson brilliantly flew the flag for her hometown – and the ‘Barnsley Businesses Inspiring Students’ project – with a superb talk to Horizon College Year 7 and Year 8 students on Thursday afternoon.

Milly had kindly agreed to be a speaker in Lifetime’s BBIS venture – and not only did she capture the imagination of the pupils with ‘her story’ – about her life as a writer – but she ended up being swamped by the kids at the end, all wanting her autographs!”

Horizon College duly issued a message on their official Twitter feed, which read: “Thank you so much Milly, you have a created a fantastic buzz within Horizon this morning after yesterday’s inspirational talk!”

The author, who lives not too far away from the College and has two sons studying there, talked about her career path, which took a number of turns before she finally realised her dream of becoming a best-selling author of romantic comedy fiction. 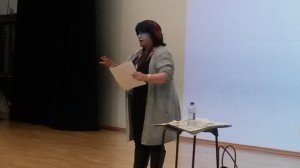 Said Milly: “I was very, very nervous. Talking to 11-13-year-olds in their school theatre about writing as a career is probably the scariest thing I’ve ever done!

“Yet there was no need to be scared. The kids were all lovely.

“The BBIS is a great project. I talked to the Year 7 and Year 8 students but I really do think that older kids would benefit a LOT from this initiative too.”

Milly had commented on her Facebook page that she was visiting the school as a speaker, which led to a number of replies.

One lady stated: “I wish we’d had writers visiting our schools ‘back in the day’, telling us it was possible to have a career as a writer even if you were just a working class girl. I thought writers were strange, floaty, posh rich people and that writing wasn’t for the likes of me. Lucky kids I say and well done for going!”

Milly is now looking forward to putting on her ‘gladrags’ – to attend a glittering prize-giving book ceremony in London next month.

For Milly’s book ‘It’s Raining Men’ has been shortlisted for the Romantic Comedy Novel of the Year.

The ceremony in the capital takes place on Monday, March 17. We wish her all the very best!

Meanwhile, more of our ‘BBIS’ speakers are lined up to go into Horizon and deliver ‘their story’. 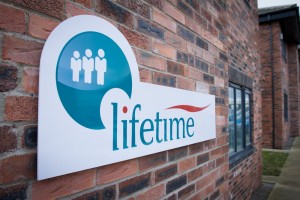 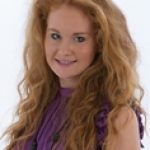