Almost half of British employees now expect to stay on in their jobs past their retirement age, suggests a new study.

That is more than twice the global average.

The Nielsen Global Survey About Ageing revealed almost half of UK workers say their retirement age will be later than they would like.

The poll of 30,000 people, across 60 countries, paints a rather bleak picture of ageing in Britain, with 54 per cent fearful of funding their retirement.

Forty-four per cent believe they will have to carry on working after they reach 65 – way above the international average of 25 per cent.

Nineteen per cent also think they will be nearer 70 before they can afford to retire.

Other statistics revealed by the survey show:

Nigel Barlow, a director at care specialists Partnership, said: “UK workers are waking up to the reality of the ‘new retirement’, where they will be less able to rely on the state, need to be more self-sufficient and may need to work much longer.”

Yorkshire could generate £2.4billion in financial services sector over next six years 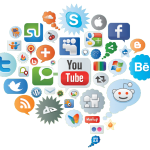