‘No dream is too big, no dreamer too small’

Home / News / ‘No dream is too big, no dreamer too small’

‘No dream is too big, no dreamer too small’

Lifetime Communications Manager Victoria Oliver took her four-year-old daughter on her first ever trip to the cinema this weekend.

The film was called Turbo – and was about a garden snail who dreamt of being the fastest racer in the world. His obsession with speed and all things fast made him an oddity and an outsider and a constant embarrassment.

Vyk watched with amusement but then became hooked when she heard one line: ‘No dream is too big and no dreamer too small’.

The motto resonated throughout the film.

In typical children’s film fashion, Turbo does indeed go on to be the fastest racer in the world, despite various mishaps and being surrounded by disbelievers. And that memorable line continued to go round Vyk’s head all weekend.

During Lifetime’s communication team weekly meeting, Vyk quoted the line. To her surprise both Andrew Lodge (Social Media Manager) and William Bottomley (Communications Director) stated that they had encountered real life stories during the weekend where this motto could also be applied.

Andrew had watched a TED interview from JK Rowling in which the author recounts the numerous rejections she got when she first tried to get her book Harry Potter published. But she never gave up and believed it would be a success. The rest is history!

William had read an article in the Times newspaper about the physicist Peter Higgs, who had put together a report as a young lecturer in 1964. Peter states: “I didn’t know what the impact was going to be, I just felt that this was the best thing I had ever done.”

He later said. “I was very annoyed when the first version of my second paper was rejected.”

It has taken him nearly 50 years of grit and determination but today this man has been awarded the Nobel Prize for Physics – for discovering the Higgs Boson Particle, the very thing he wrote about in his first paper!

Who’d have thought that a quote from a child’s film could be so pertinent:

‘No dream is too big, no dreamer too small’. 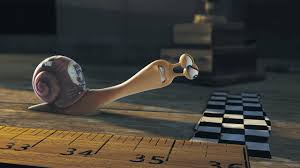 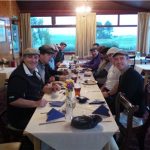