Forty-five per cent of small businesses are still confused about Auto Enrolment rules – which requires them to enrol their employees in a qualifying workplace pension scheme.

The study, carried out by the Federation of Small Businesses (FSB), also finds that three-quarters of small businesses feel the regulations will put too much pressure on them – and that one in four think their business will struggle to cope with the added financial demands.

The Auto Enrolment Advisor, set up to help guide company owners and directors through the process, says the report’s findings has stressed the need for small businesses to be prepared.

The government’s Auto Enrolment rules were initially rolled out in 2012, with only large employers affected at first. Over the next two years more than a million SMEs will be complying with the regulations.

And according to the FSB findings, although 51 per cent of businesses think they can meet the challenge of the new workplace pension, 26 per cent do not know their staging date. 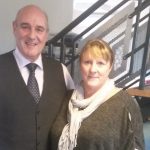