Forthcoming changes to way pensions are taxed will encourage people to save, says government

Home / News / Forthcoming changes to way pensions are taxed will encourage people to save, says government

Forthcoming changes to way pensions are taxed will encourage people to save, says government

Proposed changes to the way pensions are taxed will “encourage saving”, a government minister has claimed.

David Gauke, the First Secretary to the Treasury, said a review of pension taxation would keep savers in mind.

“We need to ensure it is effective in terms of encouraging saving, and it is going in the right place,” Mr Gauke told the BBC.

Chancellor of the Exchequer, Conservative MP George Osborne, is due to announce the result of a Treasury inquiry into pension taxation in the Budget on March 16.

Mr Gauke’s comments, made on BBC2’s Daily Politics Show, will be a boost to those people who believe that pensions should continue to be taxed when money is taken out of them, rather than before it is put in.

It is thought that this system could be replaced with a flat rate of anything between 25% and 33%. Millions of high earners would lose out in such a system, but basic rate taxpayers would stand to gain.

“Nobody wants to punish anybody,” added Mr Gauke. “But it is, of course, right that we look – in a careful and consultative way – at the way pension tax relief works.” 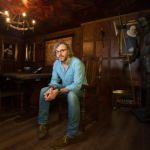